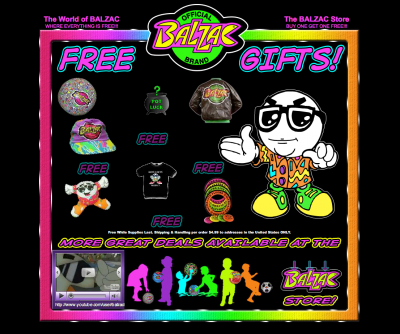 Balzac Toys is a leading innovator of proprietary Fun products. Balzac has brought smiles to millions of people throughout the world with its novel intriguing products. Having been featured at some of the leading venues throughout the world including DisneyWorld, Universal Studios, FAO Schwartz, Toys R Us, Hamley’s, as well as featured in premiums from many companies including  Microsoft, Nippon Airlines, Toys R Us, Calgon, Burger King (Australia).

We installed two eComemerce websites and performed the voiceover and lip synced the mouth of Mr Balzac to to match the voice. We also animated the products and the arrows.